Cities are complex systems that include human-created and natural components. With the increase of development and urbanization, people unavoidably act by modelling the landscape according to their preferences. Understanding their perception towards the urban environment is essential for a correct planning of the urban forest management in order to ensure community involvement (Lohr et al., 2004). 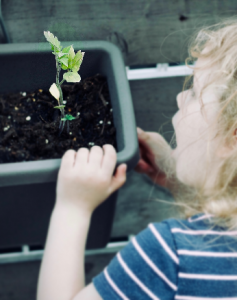 Urban trees generate a range of important benefits, both environmental, economic, social and cultural, contributing to citizens well-being. Although urban trees have been widely perceived as decorative in the past, now new values and functions have been associated in modern cities. In 2004 Lohr et al. surveyed 2004 households in the most-populated metropolitan areas in the continental United States; as a result, the highest ranked of seven possible reasons to have trees in cities was their importance in shading and cooling. Tree potential to “help people feel calmer” was ranked second highest benefit, and, only subsequently, the reduction of smog, dust and noise. Similarly, in New Zealand, city residents have associated beneficial effects to urban trees, such as creating habitats for wildlife and regulating air temperature; somewhat lower importance levels were registered by shade, carbon storage and protection from wind and noise (Vesely, 2007). In a study conducted in a medium-sized Mexican city (Morelia, Michoacán), the most mentioned benefit was that trees improve aesthetics and purify air (Camacho-Cervantes et al., 2014).

Sometimes trees can also produce products perceived as negative by the society (the so-called “ecosystem disservices”). Disservices’ examples comprise both health hazards (i.e. pollen-related allergies, insect bites, toxic products as berries or mushrooms, injury by falling branches or tree itself), economic costs (extra routine maintenance costs, costs to repair damages to infrastructure, treatment of pests and diseases, removing pruning remains, debris,..) or social hazards (fear of insects or animals, psychological impact of trees behaviour, disgust caused by plant litter or blocked views; Cariñanos et al., 2017). In the survey by Lohr et al. (2004), practical problems, such as causing allergies, were bigger concerns than financial issues; after allergies, the second biggest problem with trees was “… because they block store signs”. Out of the seven listed negative effects, only “causing drainage problems” registered a quite high level of importance for New Zealand residents (Vesely, 2007). As a general rule, although people perceive that trees in urban areas can cause damages, they they usually remain convinced that benefits from trees outweigh disservices.

Considering urban tree shape preferences, researches have consistently shown that trees with broad canopies are preferred over those that with a narrow canopy, with a general preference to 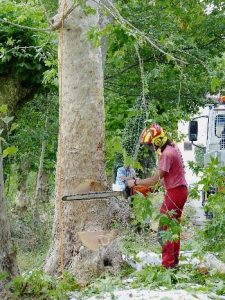 Other studies focalized on residents’ motivations for tree planting and removal in residential yards in urban areas. For instance, Kirkpatrick et al. (2012) interviewed eastern Australian residents and found that trees were normally planted primarily for their beauty and to improve the appearance of the garden, and only secondarily to attract birds and animals and increase privacy. On the contrary, trees were removed because considered to be sick or “too old” and, in a smaller number of cases, due to damage due to roots to foundations or pipes, or because the branches or the whole tree had fallen, or because of the likelihood of such a fall. In Australia, high levels of education and high incomes have been shown to be predictors of tree abundance in western cities (Kirkpatrick et al., 2012). Similarly, Conway (2016) explored resident’s motivations in Mississauga (Ontario, Canada) and concluded that aesthetics was the main motivation for planting a tree in their own yard, followed by planting trees as part of a broader initial landscaping effort after buying house, increasing privacy and/or delineating the boundaries of a property, and creating shade. For tree removal, most cited reason was concerns about tree’s health; very often, finally, the residents simply had not considered the final size of the tree.

From what has been learned from the past, decision-making processes concerning urban trees must also take into consideration the needs of citizens; the study of peoples’ perceptions and attitudes regarding urban silviculture should be an important contribution to defining the policies to be undertaken.