De Rebus Plantarum / Senza categoria  / Longevity without ageing: the strategy of the trees

Longevity without ageing: the strategy of the trees

The mystery of ageing has proven one of the greatest challenges for the human mind (Brutovská et al., 2013).

Among the oldest organisms, trees represent the most easily visible to the naked eye and the most fascinating. The oldest conﬁrmed individual trees in the world are the bristlecone pines (Pinus longaeva; Table 1). The highest estimated age of a living bristlecone pine has been 4852 years (Rocky Mountain Tree-Ring Research, 2020); it sprouted in 2832 BC and it was nick-named Methuselah.

Another Pinus longaeva has been dated 5062 years old in 2010, but its story is much more complicated. In 1957 Edmund Schulman collected many tree cores from a P. longaeva in the White Mountains of eastern California; unfortunately, he died in early 1958 and the cores were analysed only subsequently by Tom Harlan. Harlan reported the age of the tree but, unfortunately, since the tree’s position was not known and the core was lost, the existence of this tree has not been confirmed yet. 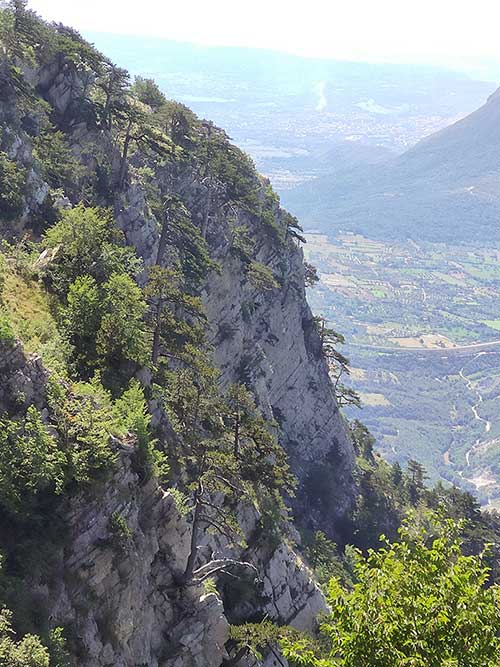 Another case of Pinus longaeva, called Prometheus, in Nevada, was dated 4900 years (Rocky Mountain Tree-Ring Research, 2020), but it was cut down in 1964 as a part of Currey’s dendro-chronological research.

Though these are some of the oldest individual trees in the world, technically they are not the oldest tree living organisms. There are several clonal colonies, which are made up of genetically identical trees connected by a single root system, that are much older. The Pando aspen grove, located in central Utah, is a 43‐ha genetically identical clone comprising an estimated 47000 ramets (Rogers and Gale, 2017). This clone has garnered international attention for its immense size and presumptive extreme age: the estimation of their age varies from 10000 to 1000000 years, with their most likely age being 80000 years (Ally et al., 2008; Brutovská et al., 2013, National Park Service, 2020).

Some trees live only a few decades, while others seem to be potentially immortal. The ageing of plants, and especially that of trees, has been studied less than the ageing of animal organisms and there have been only partial results in explaining the causes of longevity (Brutovská et al., 2013). Let’s find out together.

What does it mean for a tree to grow old?

Over time, scientific studies have focused on the identification of a parameter that allows evaluating ageing in trees. It should be remembered that in trees growth occurs only in certain areas called meristems, which are composed of cells whose function is mainly to divide themselves to form other new cells. All plants possess meristems that allow them for example to increase in stem and root length. This is called “primary growth” and it produces the entire plant body in herbaceous plants and the young soft shoots and roots in woody trees and shrubs. In woody plants, another meristem – the vascular cambium – is located as a continuous cylinder of cells in the stem: it produces tissues such as the wood and the bark (the so-called “secondary growth”), which make up most of the bulk of trees and shrubs (Solomon et al., 2004).

Maintenance of meristem activity results in some woody and herbaceous perennials living for many years. Compared with young trees, old trees are characterized by a later onset of wood formation (xylogenesis), a shorter growing season and a lower growth rate, resulting in a smaller number of xylem cells. This phenomenon suggests that vascular cambium activity is related to age in woody plants (Wang et al., 2019).

According to Brutovská et al. (2013), the longevity of trees is dependent on environmental conditions and their mortality is mainly due to external influences, rather than internal ageing. The senescence of a species varies greatly depending on where the individual grows. In their natural habitat, a particular combination of disease resistance, enhancement of defenses and the retaining the capacity for vegetative growth (i.e. sprouting near the base of the trunk) has been observed for many. A recent study on ginkgo trees showed that, despite the vascular cambium display reductions of cell division, expansion and differentiation rates, measurements of photosynthesis and seed germination rates indicated that old trees were still in a mature and healthy state. In other words, senescence was not manifested at the organismal level (Munné-Bosch, 2020).

The ability of compartmentalizing the senescence 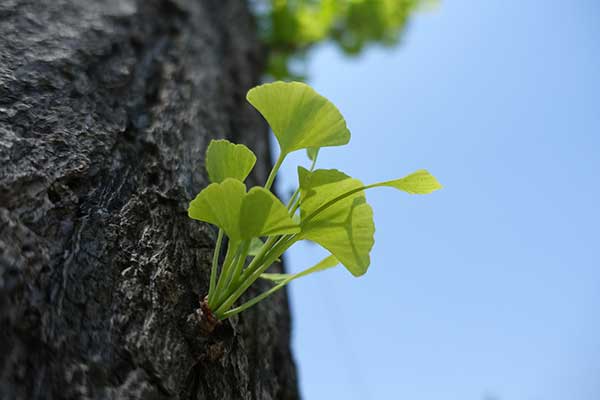 An example of a photosynthetic module in Ginkgo biloba L.

When we look at a tree, we see it as a unique individual. In reality, trees can be considered build upon repeated modules (Munné-Bosch, 2020), like the colonies of cnidarians composing coral sponges. They are constructed from units (modules) which are themselves often capable of producing similar modules (like in the case of plant multiplication with cuttings or micropropagation). Therefore, trees can be considered modular organism developed by the repeated sequential iteration (repetition) of units of constructions. Flowers and leaves are, for instance, photosynthetic and reproductive modules of plants, respectively; other modules can be detected in the roots, the stem, the branches, and so on (Jones, 1997; Hallé, 2002).

Sometimes a single module can die due to an external attack (eg. an animal that feeds on leaves, a fungus that grows in the sapwood, etc…). The senescence or death of the single module does not necessarily lead to the death of the total organism: trees have developed efficient solutions to stem the damage (eg compartmentalization of wounds, shoot elimination, …). In other cases, death can even be planned (the so-called programmed cell death – PCD): this program directs a given cell to eliminate itself, regardless of the external trigger (Van Breusegem and Dat, 2006), for the overall beneﬁt of the organism. The role of PCD in plant development has been well documented in multiple processes, including root development, the formation of xylem tracheary elements and flower-seed development. Furthermore, PCD plays an essential role in defence responses to abiotic and biotic stress, such as pathogen invasion. This is particularly important for plants because of their sessile nature, which prevents physical escape from harsh environmental conditions, pathogens and predators. Without PCD, tall trees would probably not be possible and plants would more easily succumb to invading microorganisms (van Doorn and Woltering, 2005).

Taking all this into account, the design of the plant body as a mosaic or modular structure allows the tree to virtually escape from death or senescence occurring in their modules (Munné-Bosch, 2020).

…therefore, how much of a tree is alive?

Trees start out in life as a germinating seed, composed almost completely by living hyperdrive cells. Already from the second year, with secondary growth, the situation changes: plants living contents as a percentage of the total volume decrease with the growth. At last, in deciduous mature trees much of the plant body is made up of dead tissues; also the canopy is renewed and discarded every year (Thomas, 2013). Nevertheless, these dead parts are necessary for the life of the tree.

In fact, in the plants some types of plant cells must die to become functional, for example: 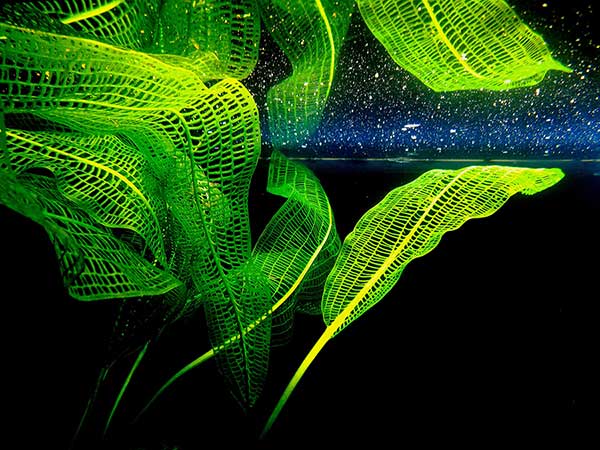 Senescence and ageing in plants diverge radically from the equivalent processes in animals because of differences in organization and development (Thomas, 2000). Paradoxically, for trees death is an integral part of life. Cell death is essential for growth and development, by maintaining tissue and organ homeostasis in concert with cell proliferation, growth and differentiation. Although trees coexist with significant portions of dead tissue, negligible senescence occurs in several long-lived plants in their natural habitat. Long-lived trees have efficient mechanisms such as mosaicism, stress tolerance, plasticity and indeterminate growth, which can increase maximum lifespan and allow for the occurrence of very old individuals.

Does this mean, however, that these millennial trees could be immortal? The art of resilience cannot provide infinite protection against the wear and tear of ageing. Ageing, as part of trees life, can indeed be considered a sort of stress from which any organisms can ultimately escape. Indeed, individuals which reach very old ages in natural populations are always an exception rather than the rule (Munné-Bosch, 2020).